Your token mechanics suck and you’re going to fail

The Three Considerations in Tokenomics

We’ve been getting three times more requests for tokenomics consulting than whitepaper writing lately, and…

The following common syndromes can cause teams to operate at sub-optimal levels. Although many managers are hesitant to admit to…

Look at a map of Africa. It’s no miracle that so many of the borders are straight lines, and it’s…

Road Trip in a Pandemic

When I got to Milano, I thought: How did they know? This feels just like a post-apocalyptic film. But how…

Group Currency: What if you could only transact as a community?

Starting out with some assumptions, I returned from 11 weeks of travel including visits to 7 intentional communities (ecovillages) with a…

I host a weekly call on distributed governance. This blog provides my personal opinions but by all means view…

Your token mechanics suck and you’re going to fail
Statistically speaking, it’s true. In about 80% of the white papers I read or am contracted to write, the token mechanics make no sense (we fix that, of course). And we all know that 90-98% of businesses fail, so that’s a good guess. Often, when people come to me with token mechanics that make no sense, they will tell me the name of some large ICO that has similar mechanics.

Guess what, people? We don’t know if any of those ecosystems work yet. Some of them look more promising than others, but the truth is that we just don’t know. It’s all one big, crazy experiment.

At the same time, there are some simple ways you can avoid disaster. Let’s talk about token mechanics. 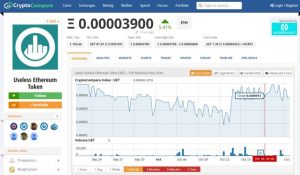 Because no matter how small your ecosystem is, a token economy is an economy. If you are making a utility token for the local lemonade stand, the token value will go down when it snows and back up in the summer, and everybody who holds your token knows it. On the upside, the SEC won’t be after you for selling equity in a lemonade stand.

But let’s say, oh, yeah. You’re right. I’m going to have hot chocolate in the winter, to stabilize the token. In the autumn I’ll have cider and in the spring I’ll have iced tea. But you know what the problem is now? Every time I get a token from someone, the only thing I can do with the token is sell it to someone who wants a drink. My drink stand only takes token, so people come to one side of the lemonade stand, buy a token with their credit card, then go to the other side of the lemonade stand, give me the token, and get a cup of lemonade.

What’s a token?
If my lemonade stand reminds you of the State or County Fair, it’s no coincidence. A token in cryptocurrency is the same as a token in real life. You go to the county fair. You can buy tickets for $1 apiece or 25 for $20. Rides cost 3 or 4 tickets a piece, so no matter what you do, at the end you have 1 or 2 tickets left and they are worth nothing. Theoretically, you could sell these “utility tokens” to someone else at $1 a piece, but what you really do is just give the to someone coming in as you are going out. If your token has no utility outside of the park, it’s not a utility token. It’s a casino chip.

For example, what if you want to buy organic food (Ecobit), could you just use money for that? Yes. If you wanted food with a smart contract that guaranteed its origin, you could make people pay ETH for it and build the system with no dedicated token. A strong hint that something is weird about your token is if your home page says that you get a reward for holding the token more than 6 months. Most people buy food more than every six months, but if your ecosystem is unstable, you have to provide some incentive for people to hold the coin.

Why would investors want a utility token?
Investors don’t want a utility token. Most of the people who are putting their money into utility tokens are buying on speculation. They don’t plan to buy organic food, disc storage, infrastructure, utilities or even gambling tokens. They are gambling already. They are buying tokens as an “investment” while tokens are growing in value. Some people will make a ton of money, if they get out before everyone else. But in the end, the tokens will be worthless, because at least 90% of the companies are going to fail. I’m not saying that to be mean or pessimistic. That’s just the statistical reality. Businesses fail the overwhelming majority of the time. Businesses on the blockchain are ridiculously speculative, so the reality will be even harsher. And there’s nothing wrong with that. If you are investing in a company you believe in, and you know the reality, that’s cool. That’s why we have venture capitalists. But venture capitalists don’t get tokens. They get equity.

Real investors want equity. You can’t sell equity in your company without regulatory compliance, so people sell tokens. But tokens are nothing. When you have no company yet and no utility yet, tokens are just a piece of nothing. I’m not judging, but that’s the reality. Buying a token gets you nothing and every single ICO has a long disclaimer legally guaranteeing you no rights to anything.

Scamming Sammy
You’ve probably heard that ICOs are a scam, but they aren’t really a scam, because everybody in the ecosystem knows what the game is. This is the game:

In the above scenario, you can see that nobody is scamming anyone. Everybody knows the game and nobody is getting scammed.

Oh, wait. One entity is getting scammed. The entity that is getting scammed is the government. You see, nobody is paying taxes here. The company gets an investment, but they are incorporated in Switzerland as a foundation, and the foundation is paying some other company to do the development, and the payment is in BTC, and the company isn’t profitable yet. The investors are making money in BTC and ETH, so who the heck knows where that is going and how they are spending it. However, Uncle Sam, or whatever Uncle you have in your country, is getting very nervous and upset because money is changing hands without going through the tax authority.

In any case, the government is getting really irritated. That’s why you hear the central banks talking about how bitcoin is horrible and evil and will cause the sky to fall or the world to end. The SEC regulating the heck out of it, ICOs declare that you can’t participate if you are from a particular nationality, and we commonly use the phrase like “US person”. What is a US person? It’s a person with fewer freedoms than people from the rest of the world when it comes to participation in this new financial system.

But back to our scenario. Your token has no value and your are going to fail. But it doesn’t matter because in the meanwhile, people are employed and happy. That’s how economics works. Governments can print money but they can’t make value. People can make value. Sometimes the people making value are government workers, but more often they are people being industrious and creating a whole new industry, called, in this case “cryptocurrency”. And in this new industry, we even have our own money.

Fiscal policy sounds boring until it’s your money
I am not an expert in fiscal policy. But people ask me about fiscal policy every day. Or more often, I tell them their token economics are illogical and then I help them construct something that will be stable or at least viable. In my first month in business, I was highly influential in at least half a dozen fiscal policies. That is a very scary thought. Or maybe not, when you think about who has been setting fiscal policy up until now.

So what economies make sense?
Apparently, I’m as naive as you are. I thought I could get through this topic in one post, but it’s already TLDR.

Next week I will talk about some specific reasons you would need a token of your own. Just like this week, I’ll use ideas anyone can understand. I’m not trying to impress anyone with academic or intellectual terminology. I’m trying to impress you with my writing, because I’m a writer. If you don’t understand what I’m talking about, that’s my fault, not yours.

So tune in for the next post, where I explain what a good token economy looks like and give some examples.